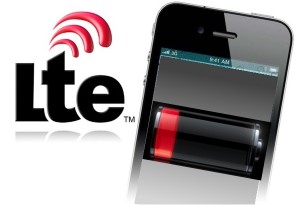 This article reveals how some users are using up the cellular data on their iPads faster than they expected. Guess it was a slow news day down at the ol’ Journal.

They start off with the best example, in terms of laugh-worthiness:

Two hours of college basketball—-which he viewed mounted to his car dashboard and live at tournament games-—had burned through his monthly wireless data allotment of two gigabytes.

This dude, who is so brilliant he watches basketball while driving, managed to use up his data by watching two hours of video. What more can you say? Clearly life sucks.

Mr. Troianovski searches for something, anything, to say on this topic, and comes up with this:

The iPad’s new high-resolution screen and fast connection are specifically designed to spur greater use of online video.

I’m not buying this. I think it the new iPad’s design was done so Apple could stay in the lead with its hardware. There are many uses for a high-resolution screen and fast connection. Admittedly, watching online video is one of them, but I hardly think it was the main goal.

The Wells Family was interviewed for the article, and they clearly didn’t put a lot of thought into their use of the cellular data network. First the son complains that the hours he spent watching YouTube at the coffee shop really burned through his data plan. No kidding? Huh. Then Dad has his own problems:

Mr. Wells’s father, Steve Wells, also hit his data limit on Saturday. While he was at the basketball game with his son, his wife was using his iPad as a video baby monitor for his granddaughter while she napped in another room. By the time the two were back from the game, the app had burned through his two gigabyte plan.

His wife, presumably in their home, used the iPad with a cell network to monitor a baby for a few hours? Where in the world did this reporter find these people? So, no wifi network in the house? No way to simply listen? Wouldn’t they have had the same problem in this case on a 3G cellular data network? I’m actually quite surprised that this paragraph didn’t end with, “and they found that the iPad’s battery was down to only 63%. It was astonishing how using the iPad would eat up the battery like that.”

At some point in this article it might have been a good idea to point out that none of these people ran into extra charges for going over their limit, the data stream just stopped. That’s a big difference from data plans on your phone. Also, there are bigger data plans available if these people want to continue such nonsense. Verizon offers a 10 GB plan. Plus, with any of these plans you can always simply pay again once your allotment is up. You know, in case you want to monitor the paint drying in the kitchen next. Your iPad does not have to be a disconnected slab of glass for the next 29 days because you went nuts streaming video. I suppose giving information like this would make it even more clear what a waste this article was, so it’s good that Mr. Troianovski left it out.

Dad concludes with this gem:

“All the advantages of the iPad device are completely neutralized by the two gigabyte data limit,” said Steve Wells, 56.