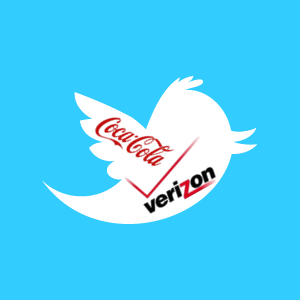 Promoted tweets are advertisements in tweet form in your timeline. Previously, these tweets would only be shown only if you followed the advertiser. This seemed like a pretty limited option to me. Why would you follow, for example, Verizon Wireless? Isn’t that like tuning your TV to the Coca Cola channel? I really didn’t think advertisers would buy into that too heavily.

In today’s announcement we see the next step:

Starting today, we are expanding this test, enabling brands to target Promoted Tweets to mobile users that share similar interests with their existing followers.

So, if I read this right, this means Twitter is going to analyze everyone’s tweets and swizzle them together to determine in some way who has similar interests, and then use that information to distribute advertising in the timelines.

I’m not sure if I’m okay with this or not. Tweets aren’t private, so there’s no reason they shouldn’t be able to do this. (I’m assuming, perhaps wrongly, that Twitter won’t analyze private timelines this way.) They need to pay for the service, so they have to do something. I think what I’d really like to see is an advertising-free subscription option. Sign up for $2/month and you won’t ever see ads. I’d do that.

For now let’s just hope that the advertising doesn’t get too egregious.