Back when The Young Indiana Jones Chronicles was on TV I was quite a fan. I enjoyed the high production quality and the interesting historical tie-ins, and was very disappointed when it went off the air.

In those days we didn’t have Google for instant answers to any question we could think of, but somehow I found the address of someone involved with the show and sent them a letter (yes, an actual paper letter through the US Postal service) asking something about a future video release on VHS tape. I must have had a lot of time on my hands back then. I don’t have any memory of searching for the address or writing the letter or if I even had any expectations of a reply.

But I got one.

Adrienne Biggs (now at Biggs Publicity, thank you Google), the “Special Projects Assistant”, must have been the unlucky person my letter was dumped on. She was kind enough to respond with a nice letter and include The Young Indiana Jones Chronicles Study Guide, pictured below. It has survived many purgings of stuff over the years and still sits on my shelf today.

The Young Indiana Jones Chronicles was finally released on VHS, but it was out of my price range at the time. There was also quite a bit of editing and repackaging of the shows into episodes that are more like movies, to the point where it was renamed The Adventures Of Young Indiana Jones. I’m not thrilled with that (we lost old Indy, the narrator), but I’ll take what I can get. Today you can find it relatively cheap on DVD. Maybe I should again write to someone involved with it asking when the Blu-ray will be released… 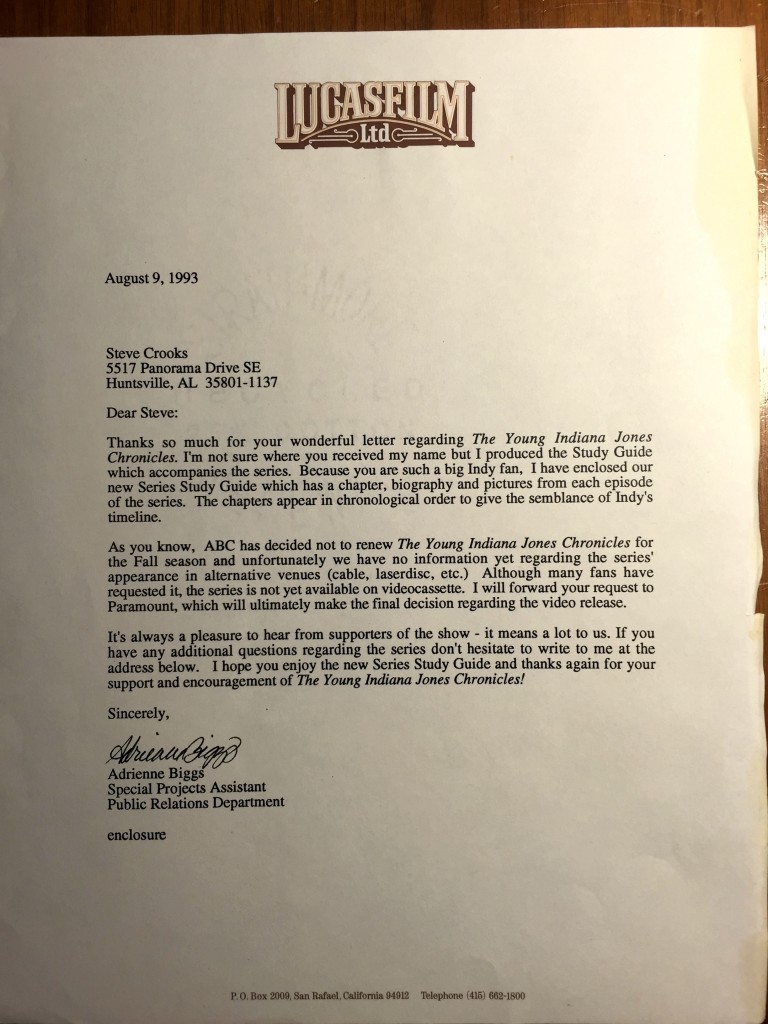 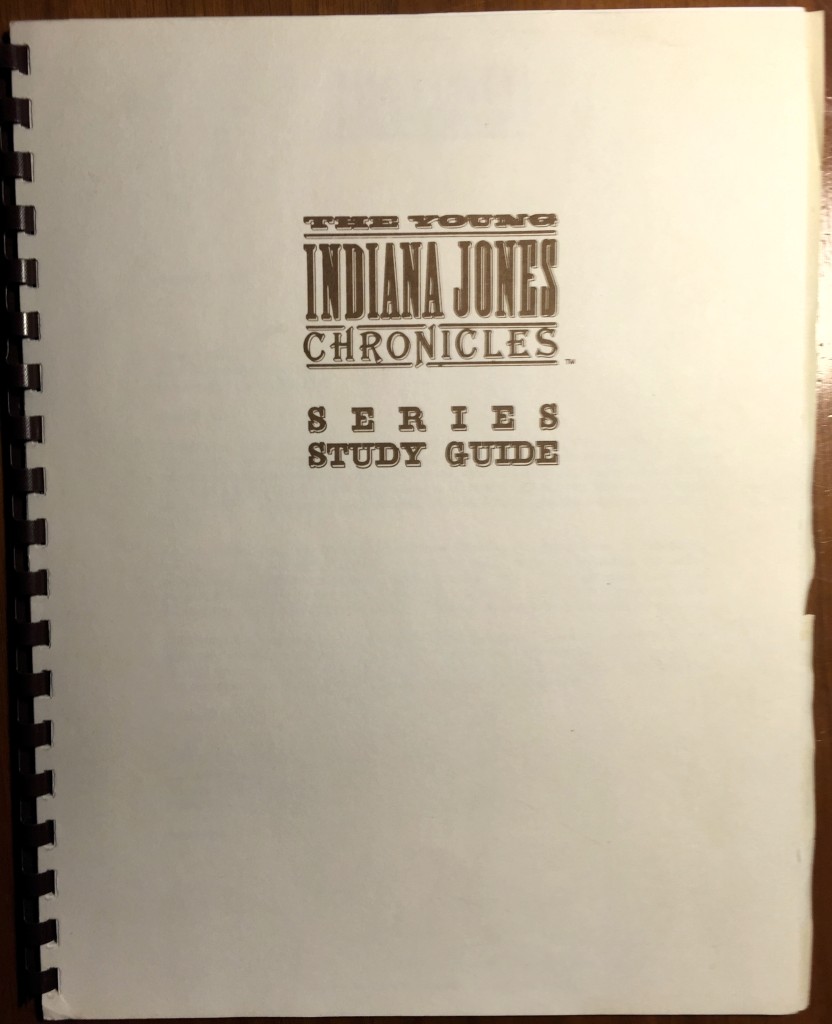 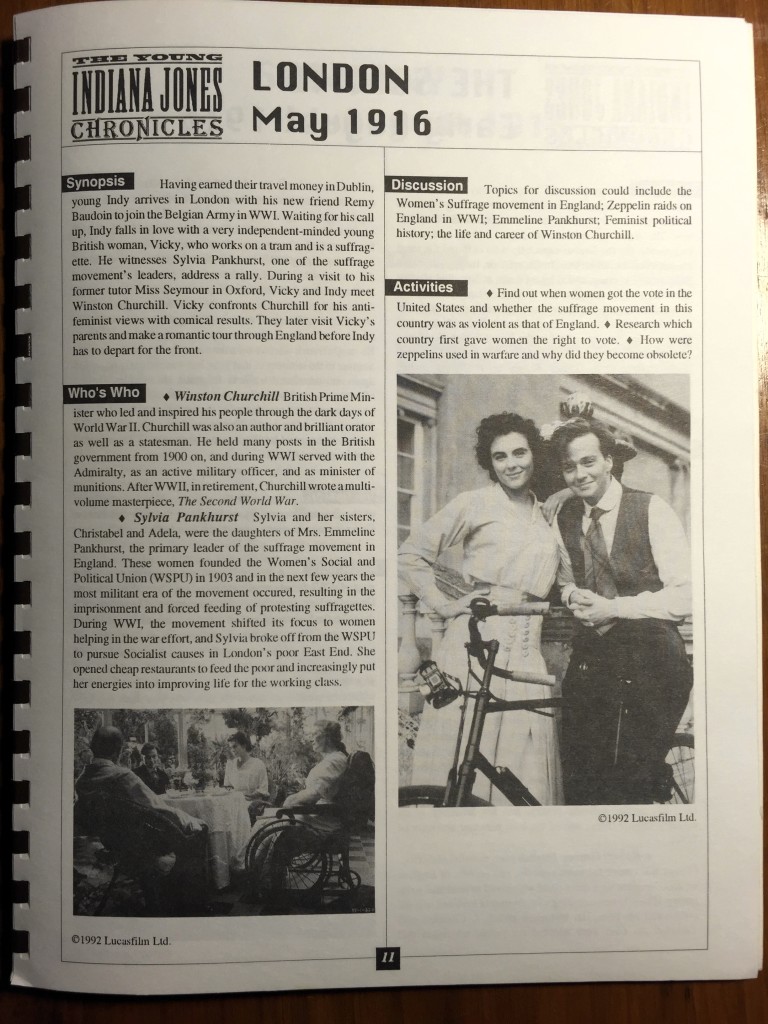