When it comes to cases for my iPhone I’ve always been a minimalist. I do fear dropping the dang thing since I use it so much, but i like how thin my phone is and don’t want to destroy that with a case.

When I got my iPhone 4S, Apple was selling its line of bumpers and I was quite happy with that. A bumper is just enough to protect the corners in a fall, and it worked great. (I know from experience.). For my iPhone 5S I got a cheaper third-party case, but it was still basically a bumper.

Now I’ve moved up (literally) to an iPhone 6+. It’s decidedly bigger, much bigger, but I have come to love having such a big screen. So much so that I find I’m using my iPad Air much less. The downside is that it feels much less secure in my somewhat dainty man-paws. This thing is begging to be dropped.

Before I began the hunt for another bumper-like case, I serendipitously discovered Bumpies.  Here’s what they look like in blue (I chose gray): 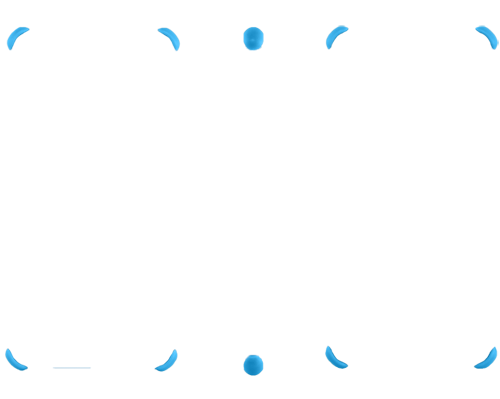 Bumpies, Front, Side, & Back, Sans Phone

Yeah, that’s a weird picture of the “case” because there’s not much to it. They essentially took a standard bumper and stripped off all the superfluous material. That was exactly the case I’d been looking for without knowing it.  They come in a variety of colors, including mixing different colors, but I chose grey to match my phone and because I really like grey.

I worried they’d come off when I pull my phone out of my pocket, but reading lots of Amazon reviews convinced me it probably wasn’t a problem; there’s a bevel to the edges that helps prevent that. I worried they’d mar my phone in some way if I took them off, but again my research showed it wasn’t so. (The science of glue is sophisticated these days.) I decided to take the plunge and give them a try.

After a couple of weeks of living in fear of dropping my phone, my Bumpies finally arrived. The packaging is nicely innovative: 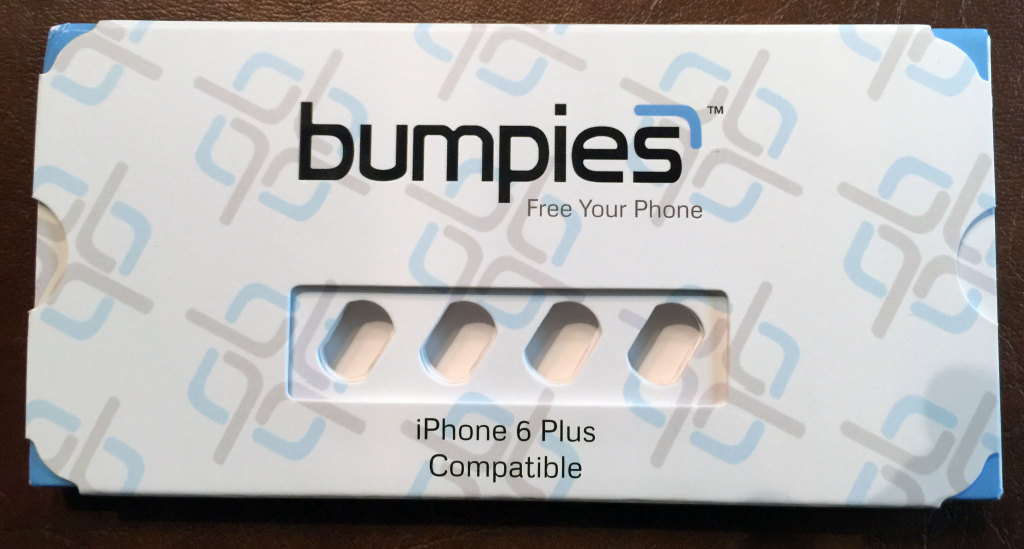 Opening the packaging reveals the instructions: 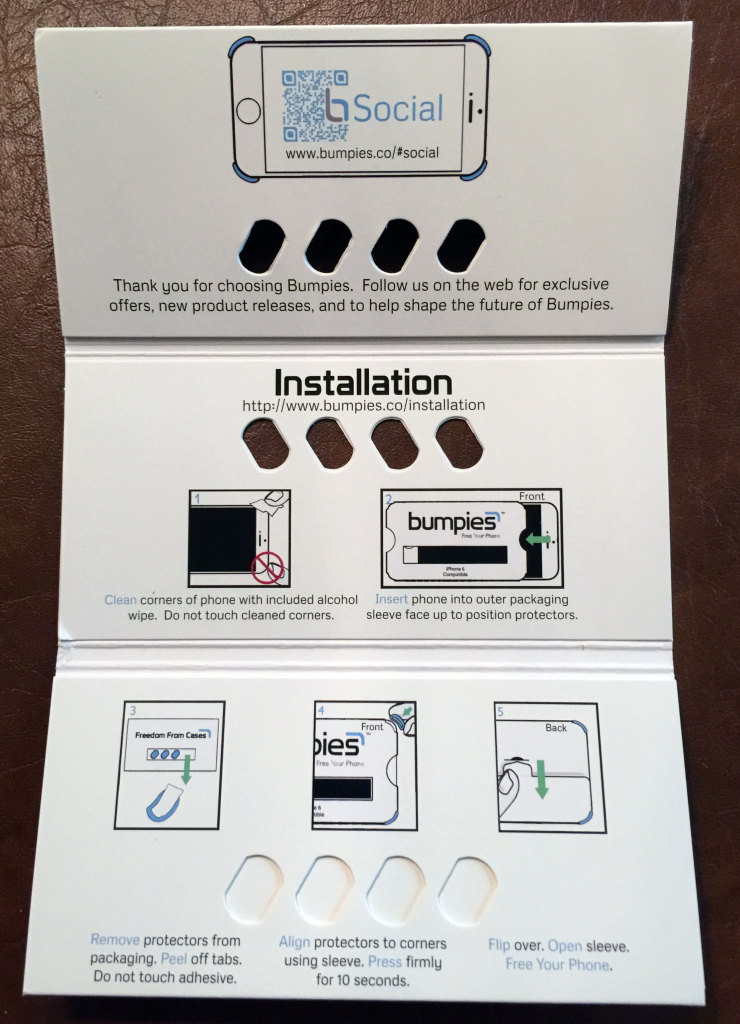 Quite simple. The box the Bumpies come in doubles as an alignment guide. 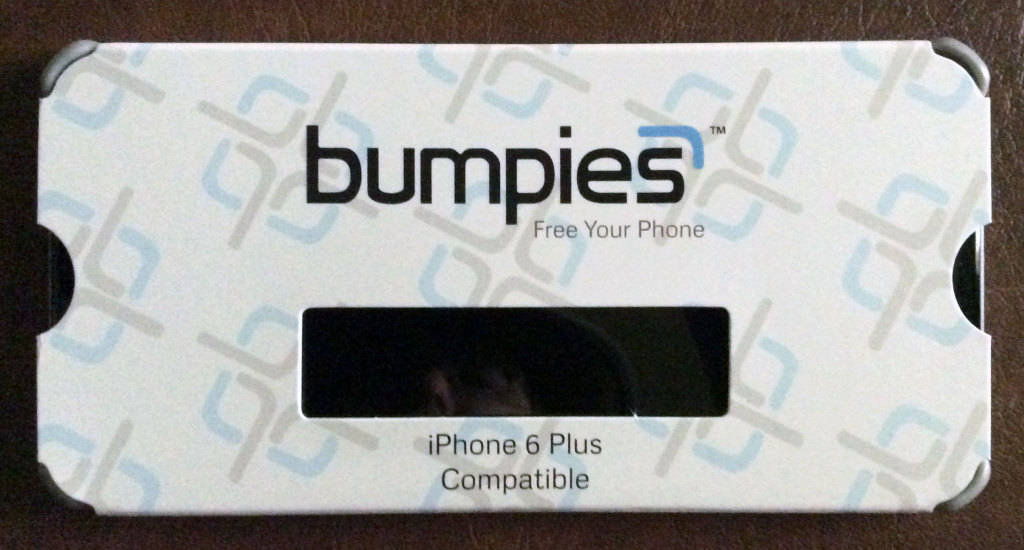 It took less than 5 minutes and now I’m all Bumpied up. The Bumpies feel solidly attached. There’s just enough “lip” on the sides of each Bumpy that I can safely lay down (or drop!) my phone and the screen or back won’t be touched. They extend around the sides of the phone enough that all the sides are similarly protected. My phone still feels like my phone and not a case with something in it. 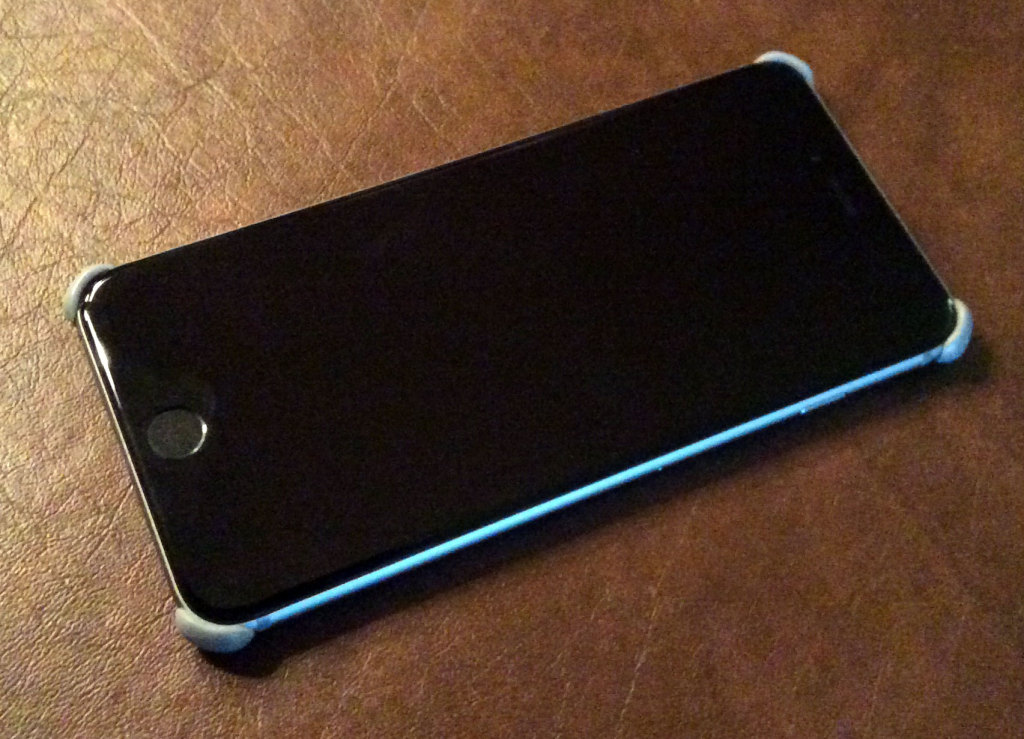 It’ll take time to tell how the Bumpies will wear with use, but for now I’m very happy with them. Recommended.