This is a “Cerebus as Spawn” print from 1993 that I received as part of a Cerebus Kickstarter campaign. 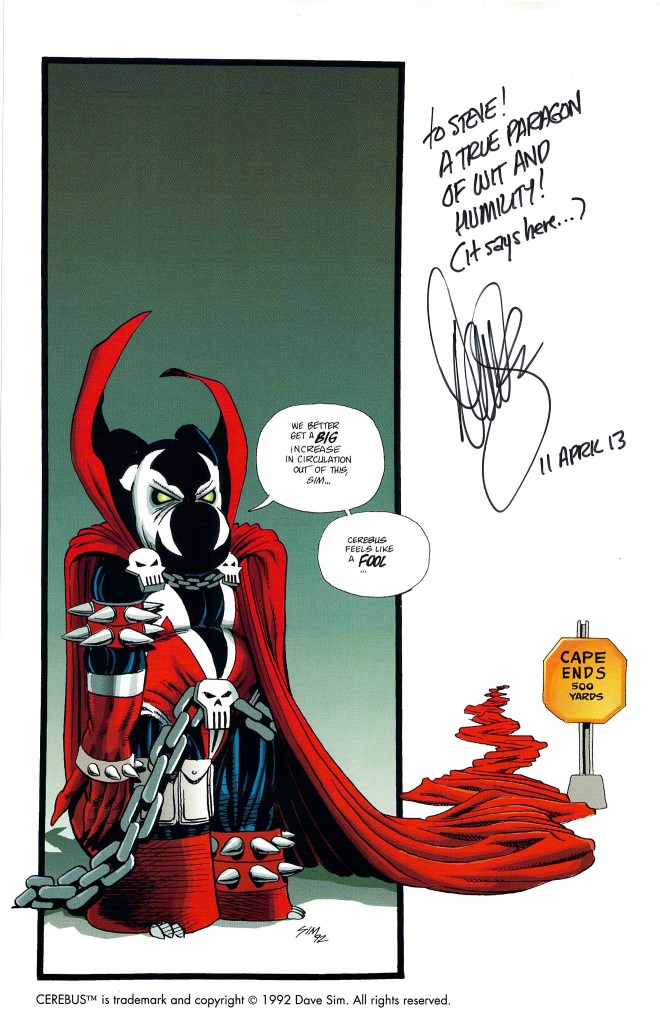 It was specified that Dave would dedicate it however we wanted, so I thought I’d give him something perhaps entertaining to write while he was going through the mundane task of signing 150 of these things. He added the “(it says here…)” on his own.